I love these three letters as a message of empowerment… DO IT YOURSELF! Strong and freeing, and also has become the go to for YouTube channels apparently. So many kids, adults, taking to the internet to display their many DIY talents. “Talents,” that my daughter has come to love!! And I mean LOVE!!

It is holiday time, and I took some time off, truly took time, not scheduling anything to be with my kids. I’m working on being still, but more often than not use to going, going, going, and doing… a lot! I do many tasks by myself because I’m extremely independent, but realize in this, I feel resentful at times, for the take away that occurs. and dependence I feel guilty wanting. Support, direction, help. Mostly because it’s not in my comfort zone.

I tell you this because with this DIY mentality, I see this trait in my 7 year old daughter, as well. She is wanting to be independent, wanting to figure out how to do things on her own. And sometimes at the expense of short cuts to complete a task, and becoming frustrated with the steps she misses, and then the outcome. The independence at times becomes a “take,” because she doesn’t always want to ask for help. Not because she can’t, but because she wants to do it by herself. She has become so interested in DIY everything, and though I see her creativity shine as she works to figure out ways to make things her own, I also see a thread of frustration as that fierce independence creates a focus more on the “do it yourself,” rather than the joy of the attempt.

My mom and sisters embrace this part of her, we all do, and so for the holidays, gifts given often supported her creative, DIY obsession. Also increasing that, “I’ll do it myself,” mentality. The mentality I know that I often lead with.

Last night, as I folded laundry, she pulled out a DIY lip gloss set, and began unboxing (A YouTube term she uses🤣), setting her table and supplies up, and without hesitation began to read what her steps were. So organized! I watched for a bit, and then asked, “is there anything I can do to help?”

So I did. I put down the laundry, and my phone (I’m trying to get better about that phone use), and pulled up a chair by her. And I watched. I watched as she observed her tools, her supplies, and read each step. 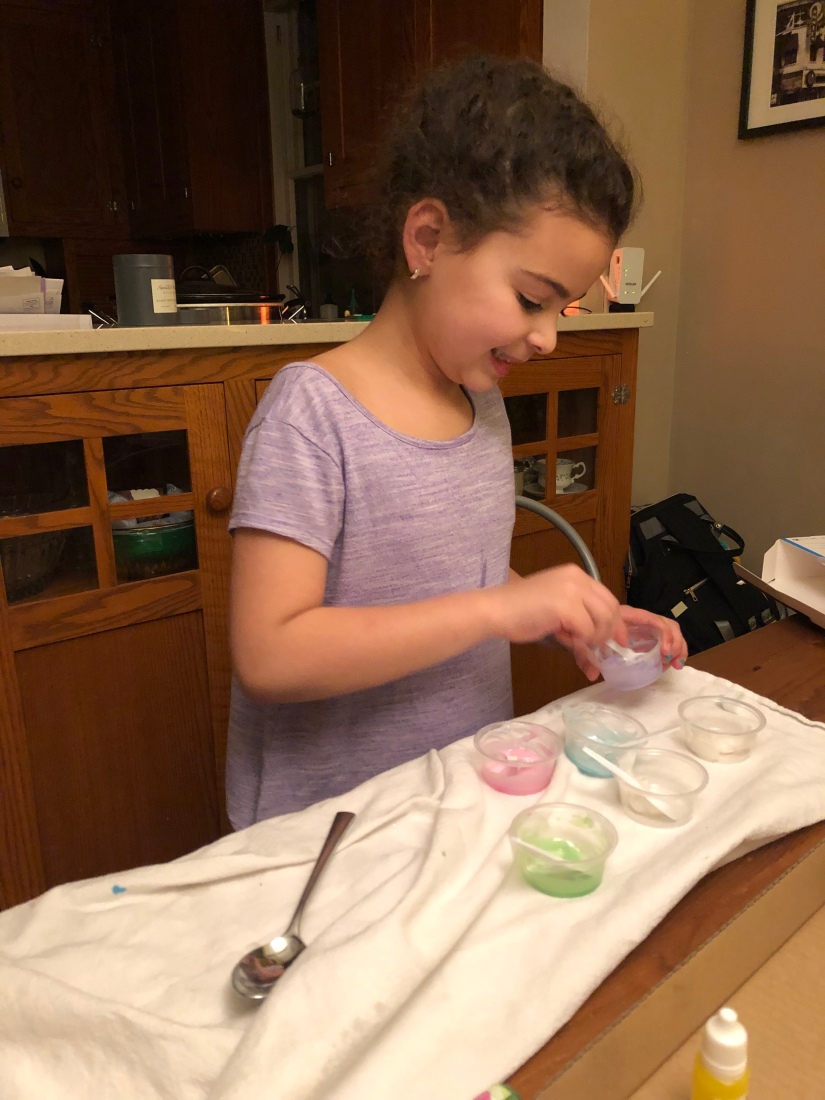 I watched her fierce independence, to pay attention to directions, but also to her own creativity. And to do the project on her own. I also watched as she slowly became frustrated that the lip gloss pods were not turning out like she had anticipated. And she was wanting me to see her doing this project “by herself.”

I asked again, “what can I do to be helpful?” And she declined help, wanting, I could tell, to figure it out. I also realized in this exchange, that I have modeled this response several times. “No I’ve got it.” “No worries, I’ll figure it out.” “I’ll do it, but thanks.” All while internally feeling irritated at the result.

I sat watching a few more minutes, and said.. ” liv, you are doing awesome, and I can see also getting a little frustrated. If you tell me what you are envisioning, and how I can support it, I’d be happy to be your assistant.”

She looked at me, and said, ” I just need you to… ” and once she asked for what she needed, she completed her DIY without any more hiccups.

Why am I telling you this!? Why is a DIY project part of my growth, and a lesson for my daughter?

Because it’s about awareness, the importance of trial and error, and reaching out for support when you need it. It’s learning that independence is not “doing it yourself,” but being aware of when independence, when doing a task is necessary and beneficial, and also when asking for support will be beneficial for independence.

The power of observation is something that I’m forever learning. The ability to see what we model, is carried on, and what we explore in ourselves, creates better outcomes.

DIY is about investing yourself, your time, your creativity. It’s not about doing it all alone. And that is empowering!

I am also Licensed Clinical Social Worker, in private practice in Chanhassen, MN. I believe in the power of personal energy. Working to observe and listen hard enough to find connection. and the power of letting go, so that we can work to connect to the most important self. View all posts by Sara Nuahn